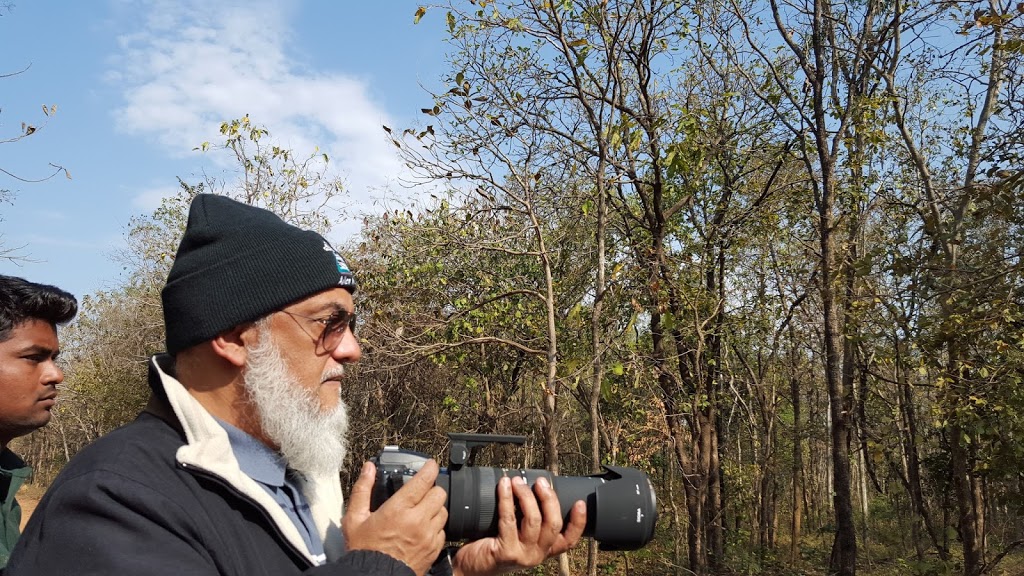 There is a welcome awareness about the need to protect tigers in the wild and the wild places they live. Welcome even more because it comes now at a time when the tiger population in India (numbers are even more elusive and ephemeral than the tiger) has fallen from 100,000 in 1900’s to less than 3000 today.
Frankly, one needs to ask the question whether tigers in India can realistically be protected in the wild or whether one should look to a rescue plan rather than a protection plan.
Be that as it may I want to state here the major issues which have led to this situation and addressing and solving which is absolutely critical to protecting tigers. You will see that almost all of them have to do with people more than tigers. The two major issues are habitat destruction and the market for dead tigers.
1.    Habitat destruction:
a.    Our tiger reserves (except in one or two cases) are surrounded by villages. They cook on wood fires and the forest provides the wood. Our forest protection laws prevent them from cutting live trees, so they ring bark trees and cut them when they dry. Or they partially cut the tree and wait for the next wind to drop it and then they have their firewood. Human ingenuity, fueled by hunger and real need does wonders.

Deforestation in Tala village in Bandhavgarh

b.      Villagers have small fields in which they do marginal agriculture and grow food grains and vegetables for themselves as well as to make a small income. If they can cut a few forest trees in the adjacent forest and expand their land holding, it means free land and the wood from the cut trees as a bonus. It is amazing how many crimes become invisible when some of this largesse is wisely spread around.

c.     The fields and their produce is precious. It needs protection. In the old days before electricity came to the villages, the villagers used to build high platforms in the fields and sit up all night periodically beating tin cans to drive away any straying grazers or wild boar. After electrification, things became easier as was perhaps intended but not in this way. Villagers now simply hook a naked wire to the electric pole or their irrigation pump connection and string it at ankle height along the boundary of their land. Anything that comes into contact with it, fries. That way they can have a peaceful night’s sleep and perhaps a high protein meal the next day.
d.    Villagers are poor, have cattle to graze but no money to pay for the fodder. They can’t grow their own fodder and stall feed their cattle as they need their small fields to grow food grains. So they take their cattle into the forest to graze. Cattle eat the grass that otherwise prey species herbivores would have eaten. Cattle are cows, buffaloes and in many cases goats. This means that they feed on grass as well as leaves. Their dung of cows and buffaloes is carried out by the grazer as they dry it and use it as fuel, so it doesn’t add to the organic matter on the forest floor. The urine and dung of goats is highly toxic to plant growth. Cattle also carry foot and mouth disease (what politicians have is foot in mouth) and rinderpest which is highly infectious and lethal especially on Gaur. Cattle grazing in tiger land is like waving an ice cream cone under my nose – hard to resist a bite. Then the tiger is labelled ‘cattle lifter’ (instead of ‘cattle acceptor’) and pays for his hunger with his life.

Tiger territory marking with claw marks on trees and spraying urine
e.    Then there is the territory problem. Tigers are solitary territorial creatures who will fight to the death to defend their territories. If there is over crowding of sanctuaries, tiger populations decline. Given the huge tract of land an individual tiger needs, we simply don’t have the kind of area to support increasing tiger populations. So relocation, captive breeding and new sanctuaries are all options that must be explored. Young tigers seeking to establish their own territories will travel. This exposes them to temptation (cattle killing) and to poachers. Animals adapt to changing situations but the tiger has far more difficulty than its much smaller cousin, the leopard. And the day will never come when traveling tigers will thumb rides on trucks on the highway.
2.    Market for dead tigers: The market for tiger bone powder, skin (not so much today) and body parts. Tiger bone powder is more expensive than gold, precious stones or any illegal narcotic drug. It is easy to conceal and transport and easy to sell for those who have the contacts. Killing a tiger is easy. Poisoning is the most usual way. Then the rest follows. http://bit.ly/1PsPk3g National Geographic Tiger Temple, Thailand investigation. This is the natural result of the market for tiger products. For them the tiger is like a sheep in a farm. Or a chicken. You don’t object when it is slaughtered and its body chopped up and sold. So why do you object if it is a tiger? A farm is a farm. What is on the farm is not the issue. It exists for profit. There is a market. So the trade will continue. That is the logic. Try beating that logic. The tiger in the wild is even better because it cost the seller nothing to raise and it still fetches the same money. The trade is not in skins any more. It is in meat, bone and body parts. Which means that hiding it is even easier.
Solution:

Sariska blue bull which was nosing around a packet of Lays potato chips. See the eczema on his neck
1.    All people have to be removed from tiger sanctuaries. All villages must be relocated. Much more difficult option is temples inside sanctuaries as there is in Sariska. But without relocating, the temple traffic and all its attendant evils can’t be controlled. The amount of plastic and garbage in Sariska all along the route to the temple and at the temple itself is incredible. I saw a Neelgai bull trying to get into an empty Lays potato chips packet. I am sure he managed and then swallowed it and eventually died of obstruction of his intestine. Who cares?
2.    Then we have to kill the trade. That is what funds poaching and makes it lucrative. As I said, tiger bone powder is more valuable than any precious metal, illegal drug or precious stone. As long as that market remains, there is a price on the head of every tiger.
3.    A time is coming soon when tigers will only be left in zoos. That is why captive breeding programs are important. And then reintroduction into the wild.
4.    We need a combination of habitat conservation with very tough laws that are actually implemented, very tough policing with shoot to kill orders on poachers, liberal compensation paid instantly for every domestic animal that is PROVEN to have been killed by a tiger, education about conservation in every school and college and connection with forests built into the education of all our children.

5.    I don’t mean going to sanctuaries and zipping around in Gypsies – which if I had my way, I would totally stop – but actually walking in the bush, camping at night, sleeping under the sky, reading sign, photography and sketching, learning jungle lore. That is what builds a connection. Not the TIGER SHOW that happens in our sanctuaries – which is so embarrassing and idiotic that it is not funny at all. Twenty Gypsy vehicles, with people dropping out of the sides and a tigress walking nonchalantly past threading her way through all the chattering monkeys. Ugh!! If I were a tiger, I would commit suicide.

Tadoba Tiger Show, Ugh!!
6.    It will be conservationists, hopefully supported by a live media which has a chance of making an impact on tiger conservation. With habitat destruction and the trade in tiger parts, it is a losing battle. Local people must see how protecting tigers will put food on their table and money in their pockets. Only then will they be allies.
7.    All of the above can be tackled but the pressure of population and vote banks is the biggest threat. Politicians always want to appease their voters. They have to. You can’t blame them. That is their bread, butter and lots of jam. They need to be educated that the survival of the tiger is vital because with them will survive the forests and show them how that will still get them elected. Don’t ask me how. But that is critical. Until we can show a direct link, they will not support the tiger against their vote bank. Sadly, tigers don’t vote. People do.
I hope that by the time our politicians can be educated, there will still be tigers left to save. Indian forests without the tiger will be like a body without a soul. Dead.