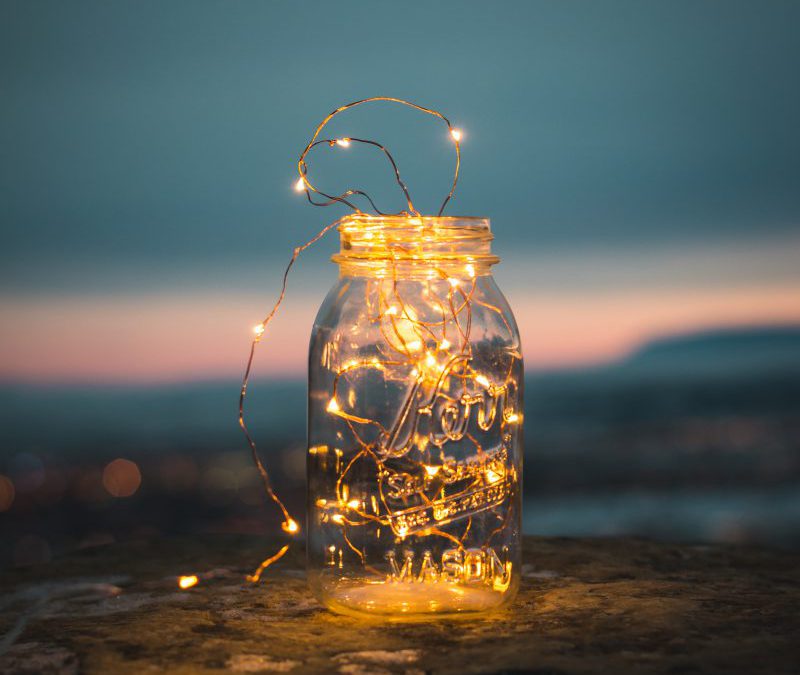 Today we live in a world where dignity has quite wrongfully been linked to material wealth. No matter how learned a man or woman may be, or how kind or truthful or trustworthy, if they are not wealthy, they are treated with disdain. Net worth has only one meaning. And I can’t think of a more dishonorable meaning; to equate a person to the amount of money in his pocket. HNI; what if it meant Person with the best character? Instead of Person with the most money, no matter how he earned it and no matter what his character is like. Not to say that all rich people are evil. They aren’t. I am talking about what we measure which shows what we truly value. If we measured character, truthfulness, kindness, compassion, courage, dignity, concern for the underprivileged, the weak, elderly, poor, sick; then that is how we would define ourselves. High Networth Individual would mean the kindest, most truthful, most compassionate, most courageous person in that society. We wouldn’t glorify ostentation, waste, self-centered consumption, cruelty, oppression. We would call Aristotle, ‘The Great’, instead of Alexander, whose only claim to fame was that he left Macedonia to rape, plunder and loot his way across a million square miles of others’ homes and societies. Who we glorify and celebrate, tells a much bigger story about who we are than about who they were. 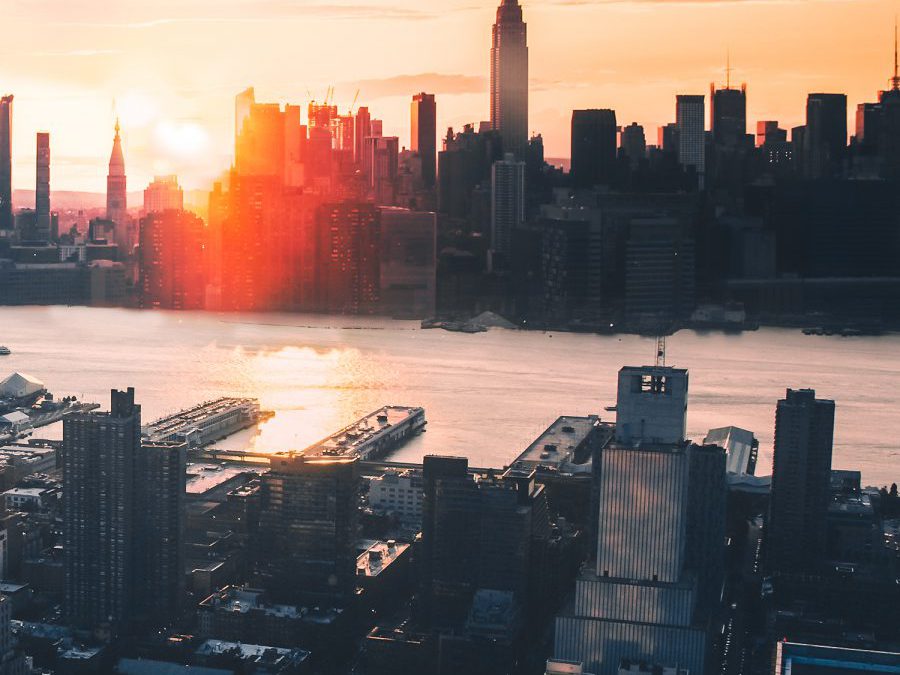 Jack Welch passed away at the age of 84, on March 1, 2020. I decided to title my podcast ‘Built to Last’, after Collins & Porras’s book by that title which I consider to be one of the best corporate (or other) leadership books that I have ever read. Jack Welch was ‘built to last’. 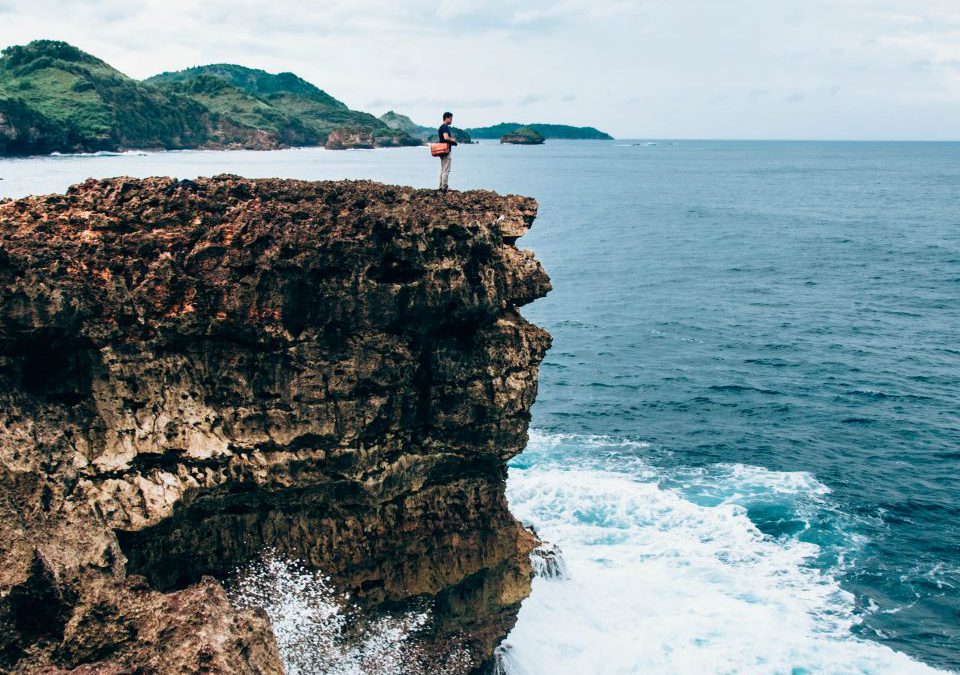 Have you ever seen an eagle take a duck in flight? Or a leopard bring down a wildebeest running with his herd? Or Rafael Nadal return a serve? They all have one thing in common and that is FOCUS. You may be impressed by the fact that these three are focusing on their target. But stop for a minute to ask how they can do it. They do it by ignoring everyone and everything else. So I say to you, “Focus is the art of ignoring fluff.” Everything other than your target is fluff.

Have you ever seen an eagle take a duck in flight? Or a leopard bring down a wildebeest running with his herd? Or Rafael Nadal return a serve? They all have one thing in common and that is FOCUS. You may be impressed by the fact that these three are focusing on their target. But stop for a minute to ask how they can do it. They do it by ignoring everyone and everything else. So I say to you, “Focus is the art of ignoring fluff.” Everything other than your target is fluff.

What’s the difference between ordinary light and laser? Focus. One, at best, illuminates. The other cuts through steel. So if you want to succeed, FOCUS.
Keep five things in mind:

1.      Always be thankful. It is true that we succeed by our own efforts but it is good to remember that some of them were made standing on someone else’s shoulders.  And they helped us when they didn’t need us and without expectation of reward. Don’t forget them because without them you would still be crawling. The biggest fallacy is the so-called ‘self-made man or woman.’ There’s no such thing. We are all the products of the Grace of God, of our time, environment, nation, family, friends – of all those who stopped by to lend a hand. To every one of them we owe a debt which must be repaid. So always be thankful and express thanks. People are not mind readers and even mind readers like to hear it from you. So tell them. Thankfulness increases blessings, opens new doors, inspires people to do things for you and increases your circle of influence. Thankfulness also fills your own heart with joy. Try it and see.

2.     Never compromise your legacy. Never lose sight of your purpose. Ask, ‘Why am I here?’ Write it down and stick it on your wall. Look at it every morning and re-dedicate yourself to that. Stick to that. There will be times when all sorts of other things will seek priority. Different issues will demand importance. Friends will pull in various directions. At such times look at your purpose and know that everything else must be subordinated to that if you are serious about success. Ask, ‘What do I want to be remembered for?’ Focus is the art of ignoring fluff.

3.     Everyone has friends. The worst of them and the best of them, all have friends. Ask Mother Teresa and ask any drug dealer or pickpocket. They all have friends. The key is to have the right kind of friends. Who is the right friend? Someone you can look up to. Someone you can learn from. Someone who challenges you to be your best. Someone who tells you what you need to hear, not only what you want to hear. So it is not how many friends you have but who those friends are, which is important. Also ask, ‘What kind of friend am I to my friends?’ Do you measure up to the same criteria? Being a leader means to take hard decisions and not follow the herd. Sheep have lots of company all the way to the abattoir.

4.     No one walks alone: Every one of us is a reflection of his family, community, nation and humanity. We are never alone. Everything we choose to do or choose not to do, reflects brand value and character. Character is the tree and fame is its shadow. But of the two only the tree is real. So judge every action not only by whether it pleases you but by how it will reflect on your parents, family and nation. And most importantly how it reflects on humanity. We are human because of our values alone. That is what distinguishes us from animals. So focus on values. Compassion supercedes them all. Do to others better than what you would have them do to you. That is the Platinum Rule. A picture is worth a thousand words. An action is worth a million.

5.     Finally remember that popularity doesn’t matter: So never buckle under the pressure of popularity. It doesn’t matter at all. Dr. Rene Favaloro invented the technique and performed the first bypass surgery in 1967. Michael Jackson began his solo career in 1971 (he made his debut in 1964). Who was more popular? Whose contribution has more value? So think contribution, not popularity. In our world today, if you stand up against injustice, oppression, cruelty and discrimination, you will be very unpopular. But the world owes a debt of gratitude to those who do. Otherwise oppressors would rule unchallenged. Peace as defined by oppressors has always been, ‘Absence of resistance to my oppression.’ But history is witness that it is thanks to those who disturbed that peace that we abolished slavery, have human dignity and continue to fight for freedom. So it is not whether you won or lost which matters. What matters is which side you fought on. Pick your side for you will be known by it. That is your signature.

I want to share with you three points you must never lose focus of, if you want to live this kind of life where you will be influential while you live and remembered after you’re gone.

The three points in one sentence: Stand for justice, with compassion and courage.

Remember that all goodness begins with justice. Justice means you give everything it’s due. To respect elders, to be kind to the young and weak, to stand up against oppression, to help someone in need, to comfort someone in grief, to walk the path that others don’t want to, are all signs that you are focused on justice. Look into your life from time to time to see if you’re still on the path to establish justice.

Remember that what’s legal and what’s right are not always the same. Slavery was legal. Colonialism was legal. Racial and religious discrimination and segregation was legal. Apartheid was legal. The Holocaust was legal. Disparity of wages for men and women was and sadly still is legal. But not a single one of them is right or just. To fight against these or not is your choice and your meter to show whether you’re still on the path of justice.

Compassion or mercy is the foundation. It is the bedrock in which justice is rooted. If that cracks or dies then justice dies with it. Justice without mercy is cruelty with a mask. Compassion is the result of empathy. It happens when we see ourselves in the position of others, not with pity for them but with gratitude at having been spared that test. That’s when we start to see life through their lens and understand that we were not created to be spectators but to be players in the game. You win that game also in the same way, by helping each other, taking care of each other and protecting each other. Knowing that a culture of compassion is our best safety net. You help them not because they need that help but because you need it more.

Finally and most importantly, the single most critical quality that enables compassion to sustain and justice to thrive; is courage.

Courage is not the absence of fear but the willingness to continue. Courage is what enables us to put self interest behind and stand up for the rights of others because we understand their pain and are willing to take the pain to alleviate their suffering. That’s justice. And courage enables it to be established.

Remember, in the end, that it is all that you choose to do or choose not to do, which defines your brand value and character. And that, defines your future.

Remember, in the end, that it is all that you choose to do or choose not to do, which defines your brand value and character. And that, defines your future.

So remember to always stand for justice, with compassion and courage.
I wish you every great dream in life and the courage to make it come true.

For he was a man

I started my corporate career in Guyana with the Guyana Mining Enterprise in Kwakwani, on the Rio Berbice. Kwakwani was a small mining town, hanging on the bank of the Berbice River trying not to get pushed into its deep and dark waters by an aggressively advancing forest. Living in the middle of the Amazonian rain forest with no family and only a Scarlet Macaw and sundry chickens, turkeys and a series of wild animals as pets may not be the normal youngster’s dream job, but it was mine. I lived on Staff Hill, in a small bungalow with three bedrooms, a living/dining room and kitchen and a veranda on two sides. Facing the bungalow was an orange orchard that ended in the brooding mass of the wall of the rain forest. Behind and surrounding the bungalow was a large open field ending in the wall of the rain forest once again. Living in the middle of the rain forest meant just that; you had the forest surrounding you.

The post For he was a man appeared first on Yawar Baig & Associates.